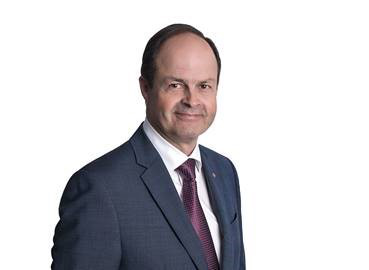 For over a year now, I have been delighted to be a part of the ICTS/ASP team and I never cease to be amazed by the energy and dedication embodied by ASP, its leadership team and its employees.

ASP’s remarkable growth, especially recently, has nicely reflected how well the company is regarded across the nation. Therefore, like most of you, I had no idea that we would be spending the last month discussing how best to keep ASP alive and vital through coming months. But this is where the international crisis has placed ASP, alongside many Canadian businesses.

During my 40 years in the Canadian Armed Forces, I developed a strong belief in planning for the worst, and then working with reality. It was a philosophy that enabled the military to operate with the confidence that we were prepared to deal with whatever hit us. I will admit that the current situation is one for which even the military, let alone a company like ASP, could never have adequately prepared.

As I mentioned above, I have been very impressed with those things that make ASP stand out from the competition; the “magic sauce”, so to speak. I have watched the excellence of the members of the leadership team during strategic retreats and seen how they identify key challenges and opportunities, and then develop ways to address them. And through all their discussions, they have been careful to keep in mind their key asset: the ASP employee on the front line. They know that regardless of the quality of their planning, if it didn’t translate to a happy, professional and well-trained group at the “coal face”, ASP would not thrive. And it has thrived, and for good reasons.

Over the last month, this same philosophy has been evident throughout the daily discussions I have observed. Each meeting has begun with CEO Dean Lovric laying out the latest situation, and then asking for observations and critical points from each member of his executive and management team. The remarkable thing has been that, in clear response, no one has held back the truths that needed to be shared and grasped; of the fear among the most vulnerable front-liners, of the concern of those in quarantine, of the pain felt by those who faced layoffs, and of the required actions.

There is no doubt that tough decisions have had to be taken. These decisions have been critical to the survival of the company and, more importantly, to position ASP for a strong return to the marketplace once the opportunity arrives. And it will arrive. At that time, ASP will be looking to return to its former growth curve, and everyone who has been part of the company will again play a key part in its future.

I’ve come to know ASP pretty well in my time with the company, through business meetings, tours and company gatherings, and my sense is that it is doing so many things right, and this places ASP exactly where it needs to be during these toughest days of the COVID pandemic, and for the post-pandemic return to full business.
I am honoured to be able to play a part in that.